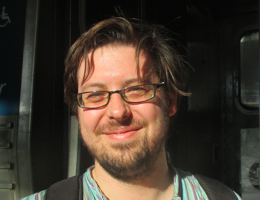 Tim Davies is a researcher and practitioner who has spent the last ten years exploring the use of open technologies for civic participation and open government in various forms. He currently spends the majority of his time working with Open Data Services, the workers co-operative he co-founded in 2015 to support implementation of open data standards across the world including for Open Contracting, 360 Giving and the International Aid Transparency Initiative. Tim tweets as @timdavies

Tim has a Masters in Social Science of the Internet from the Oxford Internet Institute, and BA in Politics, Philosophy and Economics. He is an affiliate of the Harvard Berkman Klein Centre for Internet and Society.

This session, aimed at software developers, will explore the various platforms and groups working on interoperable apps and projects with the objective of encouraging greater collaboration and standardisation within open source software development.

From data slaves to data citizens

We hear a lot of talk about ‘open data’ but most government and co-op data remains closed. How can we liberate and share data so that it works for, rather than against, the people?