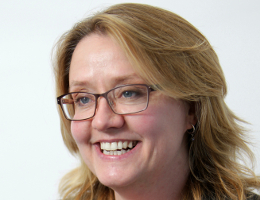 Karin is an experienced CEO and board member including in the transparency, open data, co-operative and not-for-profit sectors. She is the Chair of the Open Knowledge International, a founder and former Managing Director of Publish What You Fund – the campaign on aid transparency – and was most recently the General Secretary of the UK’s 4th largest parliamentary party, the Co-operative Party. Before setting up Publish What You Fund, Karin worked as a Policy Manager at the ONE campaign and Research Fellow at the Overseas Development Institute (ODI). She joined ODI having worked as an Economist at the Rwandan Ministry of Finance and the Ministry of Agriculture. Prior to that, Karin worked for the United Nations High Commissioner for Refugees. In 2011 Karin was named as one of the Devex London 40 Under 40 International Development Leaders. She studied Politics, Philosophy and Economics as an undergraduate, and has Masters degrees in Development Economics and in Social and Political Thought.

From data slaves to data citizens

We hear a lot of talk about ‘open data’ but most government and co-op data remains closed. How can we liberate and share data so that it works for, rather than against, the people?