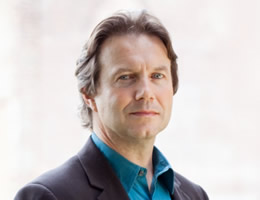 Dirk Holemans is the co-founder and director of Oikos, a Belgian think-tank that aims for social-ecological change. Building a collaborative ecological economy is at the heart of the organisation’s activities. It researches and inspires new citizens initiatives and builds bridges on the ground between the commons and the cooperative movement.

In his home town, Ghent, Dirk is a green City Councilor. Ghent is a vibrant laboratory with more and more citizens starting commons initiatives. Dirk investigates how Ghent can build a new relationship between politics and citizens based on the concept of the partner state.

Holemans has been member of the Flemish Parliament and worked as researcher and lecturer. He holds degrees in bio-engineering, philosophy and business economics. His latest book is Security & Freedom (2016, in Dutch) and publishes regularly in journals as the Green European Journal.