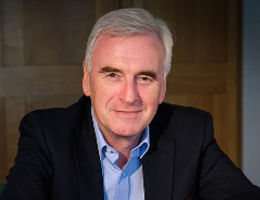 John McDonnell is the UK’s Shadow Chancellor of the Exchequer (Finance Minister), and has been the Member of Parliament (MP) for Hayes and Harlington since 1997.

With support from Richard Barbrook and others he helped to coordinate Labour Leader Jeremy Corbyn’s Digital Democracy Manifesto which specifically mentions support for Platform Co-ops and the need for a “cooperative upgrade of the sharing economy”.

We’ll be having a session with John, Richard and others involved in the process to help them work out how open source tools might be used to best enable mass democratic participatory deliberation and decision making for the Labour Party’s 600,000+ members.  Can you help? Book your tickets now and come and get involved!

How best can we use open source tools to let a million people write the next Labour manifesto?