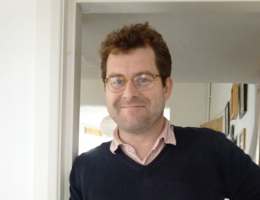 Dave Boyle has worked on some of the UK’s highest profile share issues, including Hastings Pier Charity, the first charity to raise equity finance in the UK and Portpatrick Harbour, the first Scottish charity to do so. He’s also advised on Community Share issues in sport, leisure, pubs, energy and media which have collectively raised over £5,000,000.

Since 2001, he has worked with over 100 voluntary community sector enterprises including community-run pubs, shops, football clubs, sports and recreation facilities.

He’s written and spoken about the ‘sharing economy’, platform co-ops and the future of the co-operaive movement, most recently at https://daveboyle.net/its-all-gone-wrong-at-the-co-op-ef982315e2bf

How to finance: crowdfunding, community shares and crypto equity

Venture capital is not the solution! This session looks at the alternative forms of funding available to Co-ops including crowd funding, community shares and crypto equity.