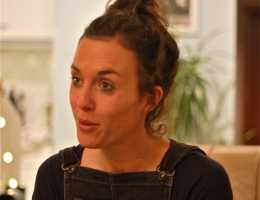 There is a new generation of labour mutuals, or ‘business and employment cooperatives’ that have created a legal hack that allows autonomous workers to join the salary condition and through this avenue, achieve better protection that harmonizes them with the salaried condition. One of the prime examples is SMart, which originated in Belgium, with 75,000 members, but is now expanding as a ‘European Cooperative’ throughout the EU, and is part of an alliance of labour mutuals called Bigre, with other members such as Coopaname in France.

Created in 1998, SMart is a cooperative that assists independent workers so that they can focus on their work without being overwhelmed by administrative burdens and the worry about unpredictable cash flow. Workers who join just a labour mutual pay a small percentage of their income to a mutual guarantee fund, which allows for more fast and regular payment of their invoices, which the labour mutual recuperates through ‘factoring’, acting as the invoicing agent; freelancers are then enabled to pay themselves a regular wage which can be converted into a more fixed salary, along with other tools that an autonomous workers may need.

SMart also offers a strong mutualist and cooperative vision of meaningful work and in that way, allies itself with the progressive tradition of a labour movement working for human emancipation. It may well be the missing link between the precariat and the salariat.