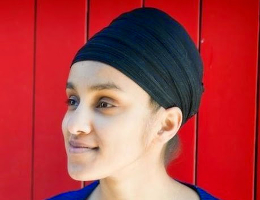 Immy is Director of Project 00, [zero zero] is a collaborative studio of architects, strategic designers, programmers, social scientists, economists and urban designers practising design beyond its traditional borders, ventures include WikiHouse, Open Desk, Civic Systems Lab and more.  On behalf of 00, Immy also Co-Founded Dark Matter Laboratories which is focused on designing institutions for a decentralised and collaborative future.

Immy is also a co-founder of Impact Hub Birmingham, a network of citizens, makers, doers, entrepreneurs, activists and dreamers committed to building a better Birmingham and better world. Powered by a 6,000 sq. ft. collaborative workshop in the heart of Birmingham, the Impact Hub is an engine for passion, learning and outcomes where together, the community work to build a better, more fair city. Impact Hub Birmingham launched and successfully crowdfunded over £65,000 on Kickstarter, with more than 650 people backing the #EpicBrum campaign. Impact Hub Birmingham is part of a global association of more than 80 communities around the world in over 70 cities, with over 12,000 members all with a shared focus on creating positive impact.

Designing institutions for a collaborative future

What if every community had a 21st Century town hall where citizens could collaborate in the real, offline world?