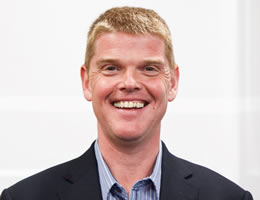 Robert is a computer scientist, business person and strategist in equal measures. After a rapid rise up the greasy pole of hierarchies, he found himself a director in E&Y and then Capita whilst still in his early 30’s. With the early rise of the Internet, he woke up one morning with an epiphany that perhaps the world did not function as well as it should as silos of self-interest where labour is a commodity which is not only substitutable but ultimately not a core to organisations only consumption.

He’s been exploring the role that the Internet, Sociology and hyperconnectivity can play in the realisation of a more democratic networked society. One where individuals and their data have agency. Where an adult-adult relationship exists between individuals and organisations. That’s become something of an obsession for the past 20 years. Both inside and outside of large and small organisations.

For the past 7 years since Rob co-founded Ethos, he has been involved in conceiving implementing “innovations” that deliver “collaborative ecosystems” that exchange value in a richer way than simply money and economics. Ethos VO Ltd and its subsidiaries and ventures (Team Army / Team Ethos, Geomii, SkillsPlanner, BuildLondon, BuildForce and Seme4) is a growing network of social collaborators and innovators (about 140 currently) who create sustainable solutions to complex, multi-stakeholder problems. Getting all kinds of people and organisations around a problem to align on purpose and outcomes that will positively impact individuals, Rob believes that we are in desperate need of new collaborative models of value exchange and that by experimenting practically on a range of problems and projects we will surface what works and what doesn’t.

How to reward collaborators: Incentives & rewards

What are the best ways to reward contributors to collaborative projects and businesses?