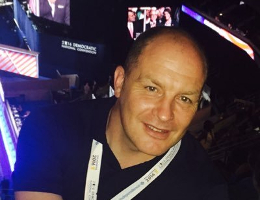 John Park is Assistant General Secretary of Community Union and has written about the need to transform trade unionism in the modern world and Community’s plans to become “the union for the self-employed“.

John started his career as an electrician in Rosyth Dockyard, Scotland after leaving school at 15. He was elected a full-time union convenor before moving to London to work with the AEEU. John was appointed assistant general secretary of the Scottish TUC before being elected to the Scottish Parliament for the region of Mid Scotland and Fife in May 2007.

He served in a number of front bench positions for the Scottish Labour Party – predominately around economic and skills policy – before stepping down from the Scottish Parliament to become the assistant general secretary for the trade union – Community – where he now has responsibility for the organisations operations, policy and strategy development across the UK.

A new role for unions?

Shape up or become irrelevant? Unions have a tough choice ahead and gig economy workers need representation!